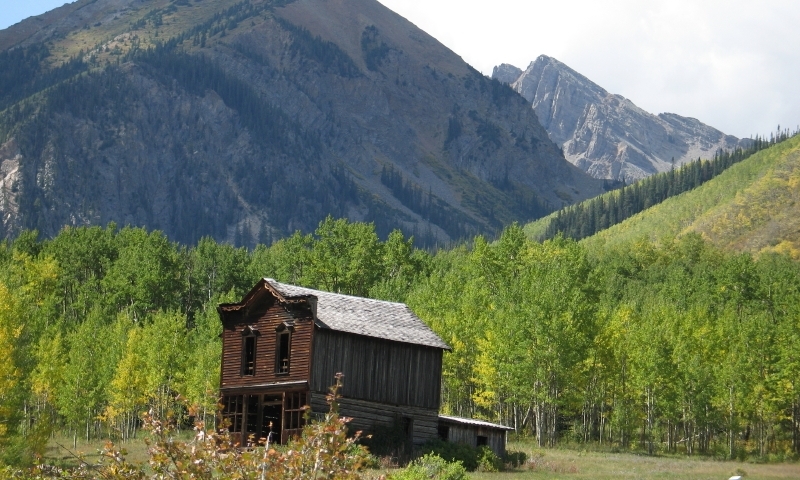 The old silver mining town of Aspen turned into one of the world's top vacation destinations. Just eight miles away, the larger silver mining city of Ashcroft, Colorado, became a ghost town. Now Ashcroft Ghost Town is a historic site that offers a glimpse of what life was like in those boom and bust times.

In 1883 Ashcroft, CO, boasted 20 saloons, two newspapers, a school, a courthouse, and 2,000 people, larger than the nearby county seat of Aspen. And its mines reportedly produced a whopping 14,000 ounces of silver to the ton. But the silver deposits proved to be shallow and short lived, most investors' interest shifted to Aspen, and only a few people remained by the turn of the century.

Ashcroft's historical significance, however, would prove to run deeper than its silver deposits.

The city appeared destined for better times in the 1930s, when Ted Ryan and Billy Fiske built the Highland-Bavarian Lodge just north of Ashcroft and developed plans for a ski resort with a tram running up Mount Hayden. Ashcroft's luck ran out again, however, and World War II claimed the life of Fiske and put an end to the ski area plans. Ryan leased the land to the Army, which trained its famed 10th Mountain Division in Ashcroft, Colorado, in the summer of 1942.

Six years later, World War II veteran Stuart Mace and his family settled in Ashcroft and began a dog sled operation. Mace was key in preserving the area, with the eventual help of the Aspen Historical Society, and Ashcroft Ghost Town was listed in the National Register of Historic places. The historical society now operates and interprets the site.

Dogs are prohibited in the ghost town.